The manufacturing sector is being disrupted by the advent of IoT (Internet of Things), which is forcing companies to reconceive every aspect of product development, manufacturing, and delivery.

For manufacturing companies, which are highly competitive and price sensitive, IoT is now playing the key distinguishing factor in improving the outcomes of production, which is reducing waste, speeding production, enhancing yield and the increasing quality of goods produced.

But what exactly is IoT? In simple terms, it is a network of connected machines embedded with electronic sensors, pre-requisite software, and wired or wireless connectivity, which enables them to communicate and collect data. IoT helps organizations to collect and analyze data, which can be used to monitor and manage manufacturing processes remotely and alter production parameters promptly in real time when needed. The collected data is either analyzed by correct stakeholders or can be an input to artificial intelligence or Machine learning algorithms to uncover hidden patterns and gather relevant insights.

As the Internet of Things (IoT) gathers more steam; it’s important for IT leaders to access the potential challenges this technology present. Following are some of the key challenges which security continues to be the top challenge in implementing IoT. As the devices and machines get connected to external networks, their security flaws get exposed, making them susceptible to ransomware and breaches.

Most of the companies continue to collect the data generated from IoT devices, but fail to put right data visualization to unearth the trends and data patterns, which often results in IoT Projects as a science experiment from IT and doesn’t trigger interest with business. Data integrity is also a common concern. With tons of data coming in from multiple sources, it’s tough to filter useful, actionable information.

Like other digital transformation projects, many of the organizations don’t have internal proficiency in planning and executing IoT initiatives. With a continued constraint on IT budgets, lack of strong business case often puts IoT projects on the back burner.

On the one hand, there is are no universally agreed-upon interoperability standards for IoT, while on another side there is a multitude of IoT standards being developed making it be difficult for a common standard to gain widespread acceptance.

Internet of Things (IoT) will be the game changer of companies of the future. With potential, it has to ingest a variety of data, if harvested judiciously can create new business models, fueling growth. Such a paradigm shift it will bring, that business who harness it will survive, those who can’t, won’t.

Identifying the right use case: Have an alignment with business to come up with IoT scenario which has a fairly well-understood process and has a quantifiable business case. Start small, but keep a platform-centric approach, select the platform which is secure, reliable and has the ability to scale to the higher volume of data and devices.

Build a Cross-functional team which has the right mix from IT and Business. Also, ensure to get the right business sponsor, who is ready to innovate and embrace the change.

Selection of right System Integrator (SI): Selection of the right system integrator is key for the success of IoT Initiative, ensure that selected SI not only has the right technical skills around IoT Platform but should have strong domain knowledge around the industry you operate in.

Keep the right data visualization tool in IOT project mix. Data visualization tools can help in creating actionable data, which can provide some key insights and relevant correlations. It also provides organizations, the capability to rapidly and effortlessly evaluate business and identify hidden patterns and trends in IoT data, which helps in influencing performance and enable data-driven decisions in the enterprise.

Include Artificial Intelligence and Machine learning as a key part of IoT strategy, but with my experience, don’t rush at them at the beginning of the project, the true value of Machine learning can be achieved after a critical mass of machine data is captured.

The manufacturing industry is undergoing rapid transformation to deal with the uncertainty surrounding trade, economic growth, regulations, and geopolitics loom. In today’s world, manufacturers are endeavoring for better yields, efficient processes, and reduced costs. IoT can be that shiny technology which can aid them in meeting some of these objectives and pave them a path for what’s coming to be known as ‘the fourth industrial revolution.’ 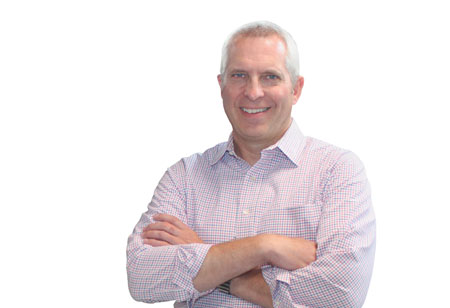